It’s the world’s second highest peak and most dangerous mountain. This June, for the first time, Belize will be there.

Two members of the Belize National Disaster and Rescue Response Team will travel to Pakistan as a medical support team for a National Geographic/NSF scientific expedition to the base camp of “K2”.

Walter Santos of Belmopan, and master guide at Ian Anderson’s Caves Branch Jungle Lodge, was chosen for his years of proven service to Belize in his capacity as an Emergency Medical Technician and Technical Rescue Specialist with the Belize National Disaster and Rescue Response Team. 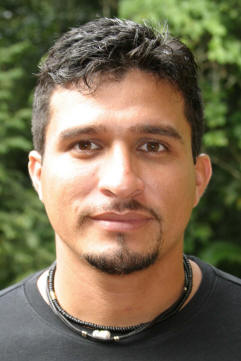 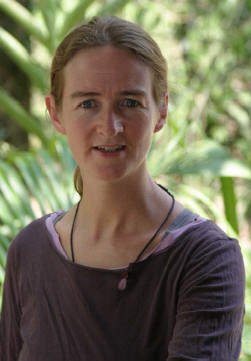 Mr. Santos’ leadership and skills have directly contributed to the success of the Belize National Disaster and Rescue Response Team’s response to hurricanes Keith & Iris, as well as many local and regional rescues. He has also coordinated the medical team supporting La Ruta Maya River Challenge for the past two years.

Lynwen Griffiths of Ian Anderson’s Caves Branch Jungle Lodge, a fellow member of the Belize National Disaster and Rescue Response Team, will join Santos at K2 as part of the medical team.

Ms Griffiths will also be the attending videographer and photographer for the expedition from June 10 to August 24, 2005. 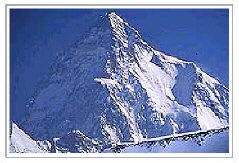 K2 was first described by the British colonel T.G. Montgomery in 1856 while doing a survey of the area. He named the peaks in the order he saw them, K1, K2, K3, etc. The K stands for Karakorum. Today K2 is the only major mountain that still uses it’s surveyor’s notation name as its most common name. K2 with it’s height of 8,611 meters is the second highest mountain in the world and is regarded as one of the hardest to climb.

In addition to providing medical support for the science research expedition, the Belizean team will conduct a comprehensive survey of the health and sanitation needs of remote villages in the area of the mountain (very similar to remote villages in Belize), and provide a base camp medical clinic for those attempting to climb K-2.

After flying to Pakistan it takes approximately 15 days of aggressive mountain trekking before arriving at the base camp area. The base camp altitude is 17,500 feet and temperatures during the summer can drop as low as 15-20 °F

In order to accomplish this service opportunity of a lifetime, Mr. Santos and Ms. Griffiths will need to purchase personal equipment and supplies. Their airfare has already been donated by Mr. Ian Anderson & Caves Branch Jungle Lodge – US$5000.! But they need another $US 10,000 for supplies.

The team will be taking a Belize flag to K-2, which will be visible in much of the video footage and photographs on the mountain. All who donate will receive a color photograph of Mr. Santos at the 17,500’ Base Camp with the flag, signed by him, when they return! Corporate sponsors can also send a company logo to be included in the photographs.

Walter Santos and Lynwen Griffiths will be giving video presentations of the expedition upon their return.

The Belize National Disaster and Rescue Response Team was formed 10 years ago by a small group of Belizeans, sponsored by Ian Anderson’s Caves Branch Jungle Lodge. Today Ian Anderson’s Caves Branch Jungle Lodge still solely supports it, and the organization has been called upon on numerous times in search and rescue operations to locate lost and injured groups in the jungle.

Over 55 Belizeans have participated in this training, which has become recognized more outside the borders of Belize than within. Each year, over 80 medical and rescue professionals and laypersons alike, attend these Belize training programs from all over the globe.

For more information on Belize’s journey to K2 and to give your financial support, please contact Ian Anderson’s Cave Branch Jungle Lodge.

You too can help Belize get to K2!