Enter into the “place of fear” if you dare! Wade through cool mountain water to the mouth of the Mayan underworld, Xibalba! Looming before you is the hourglass shaped mouth of the cave. As if to tell you “Enter here and your time is up!”. And many did enter only to be led to their deaths. 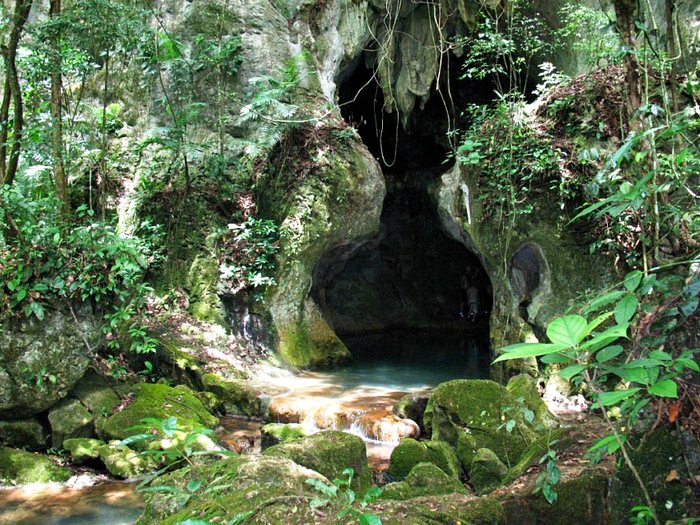 The remnants of these ancient sacrifices have lain forgotten on the floors of Actun Tunichil Muknal for centuries. Many have fused to the rock, the cave creeping over them. Jars once filled with blood lay scattered through out the cave, the sinister “kill holes” cut into them to allow the poor souls to escape. 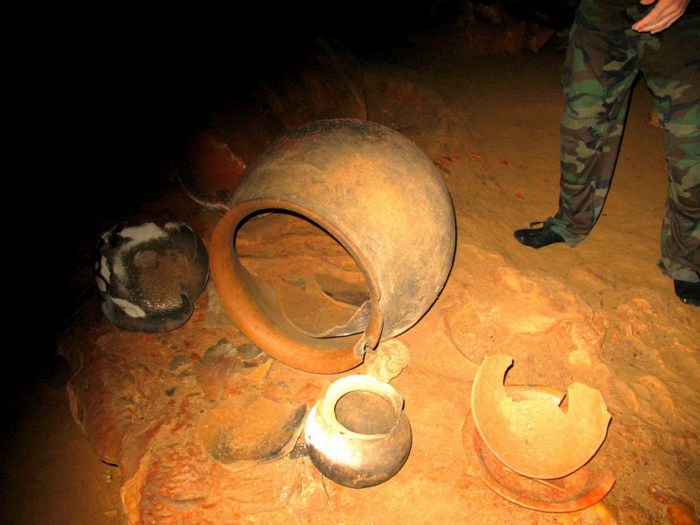 Deep within the belly of the cave lies a young maiden. Sacrificed in her prime to the greedy god of rain, Chac, in a futile attempt to bring the much needed rains. Her remains have lain on the damp cave floor for so long that the hungry crystal rock has grown over her bones. Her entire skeleton has been transformed, so that while her death may have been ugly, what remains of her earthly from is now a sparkling sepulcher that the world will marvel at. 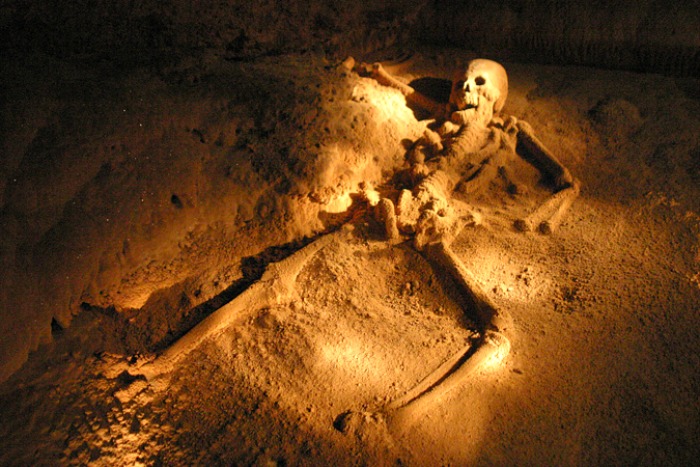 Taking the tour of the cave is an unforgettable experience. It was only just discovered in 1989 and has been growing in popularity ever since. Due to an unfortunate accident the cave tours are under watchful eye and no cameras are allowed into the crystal maiden’s chamber. The National Geographic summed it up with this quote  “In myths, journeys to the underworld are never easy, and after visiting Actun Tunichil Muknal (Cave of the Stone Sepulchre), you may feel like you have been through your own epic test. Access to the Mayan sacrificial site within the cave involves hiking, wading and underwater swimming, but nearly a mile (1.6 kilometers) underground you will reach the resting place of the “Crystal Maiden,” a complete female skelton that sparkles from eons of crystal calcification. The cave also contains Maya pottery shards, many showing the “kill hole” intended to allow spirits to escape.” 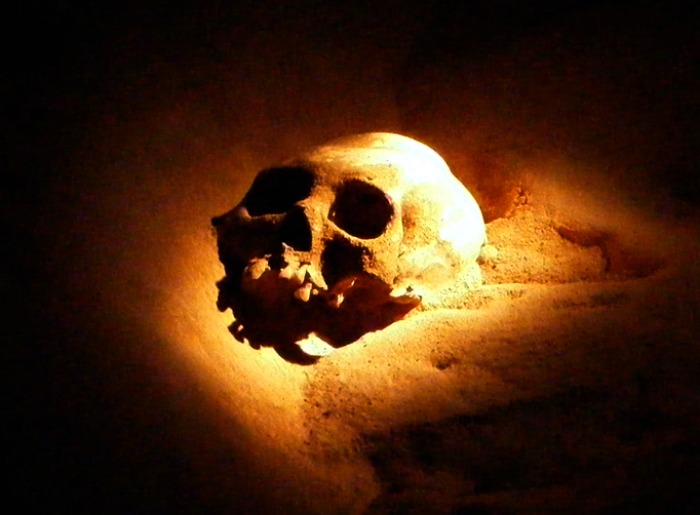 To have such a respected and well known publication as The National Geographic rank our ATM Cave as #1 is quite an honor. And the article from the Latin Post was flattering as well. Even children can enjoy this tour (especially after watching “The Book of Life” by Guillermo Del Toro!) We knew it was the best and are glad that the rest of the world now knows it too! The #1 experts on caves in Belize, Ian Anderson’s Caves Branch Jungle Lodge, have long known that the ATM Cave is special as it is one of our many tours and we can’t wait to share it with you on our ATM Cave Tour or try any of our other spectacular cave tours and you will not be dissappointed, Xibalba had many entrances!