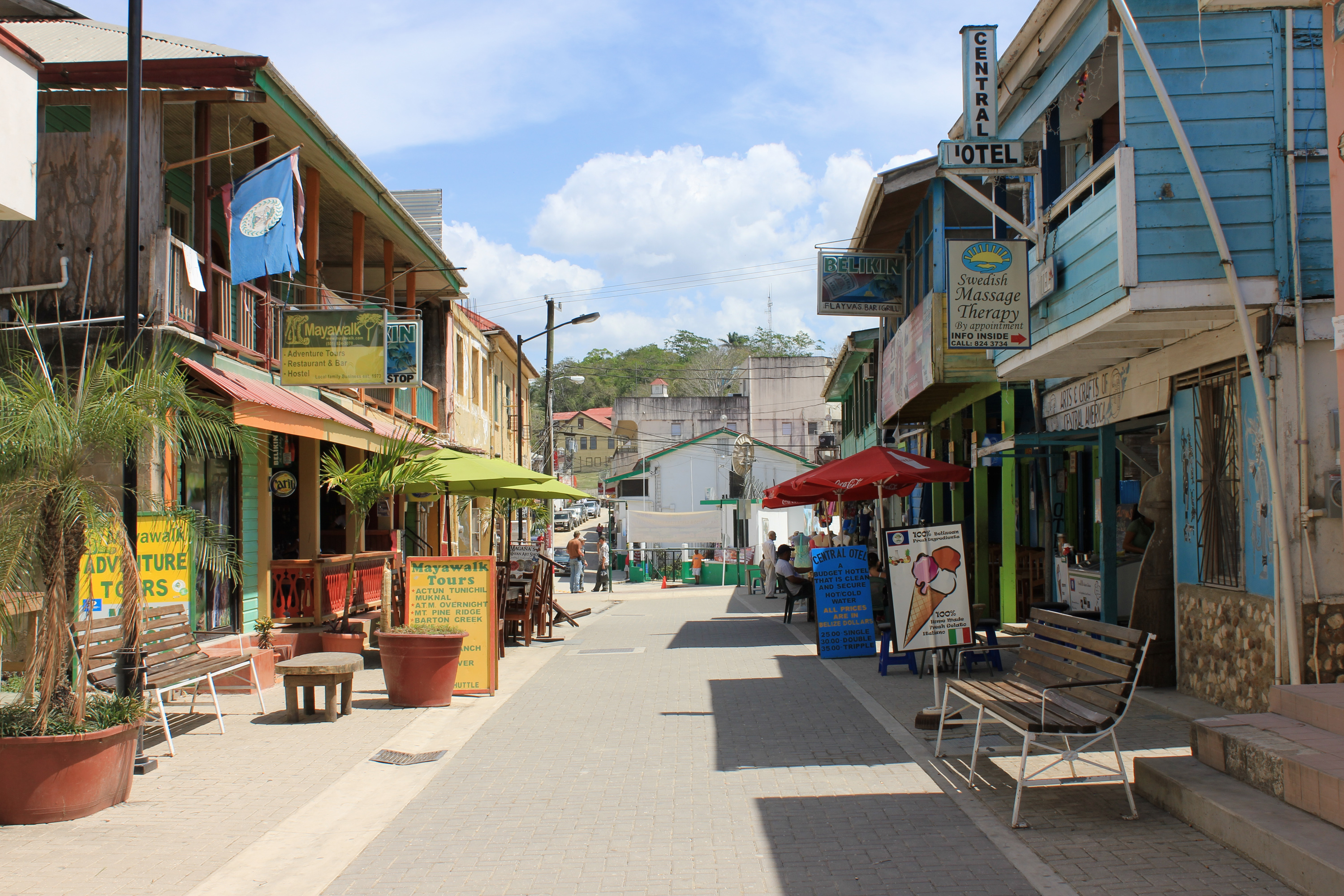 San Ignacio and its sister town of Santa Elena across the river compose the second-biggest urban population in Belize and serve as the cultural and economic capital of Cayo District.
During the early years of the British colonial administration, San Ignacio was very sparsely populated and used primarily for logging mahogany trees and producing chicle. Over time, it grew in size and attracted people from all the different cultures in Belize, which is why it is one of the most diverse urban settlements in the country today.
San Ignacio is situated on the banks of the Macal River just across from the ancient Maya ruins of Cahal Pech. One of San Ignacio’s principal attractions is its open-air market just adjacent to the river that draws in farmers, artisans, and craftsmen from all across the region who use the market to sell their wares and swap gossip.
San Ignacio is also a lovely spot for enjoying a meal or a coffee, to buy souvenirs (including traditional medicines), or as a base to explore the many eco-tourism attractions in the region. The George Price Highway (widely known as the Western Highway) connects San Ignacio westward to the border with Guatemala (about 15 miles/24 km away) and eastward to Belize City, making San Ignacio a bustling transportation hub.
To orient yourself in San Ignacio, Burns Avenue is the principal north-south road. The open-air market is close to the soccer (football) stadium. There are also several churches you can visit as well as a House of Culture.
Top attractions near San Ignacio include the Actun Tunichil Muknal (ATM) Cave, a religious site used by the ancient Maya that lay undiscovered for more than 1,000 years. At the remote end of the cave, more than a dozen skeletal remains can be viewed, including those of infants and young children who were offered as human sacrifices. San Ignacio is also close to some of the biggest ancient Maya ruins in Belize, including Caracol and Xunantunich.
Eco-tourism adventures available near San Ignacio include horseback riding, bird watching, canoeing, cave tubing, and swimming in the pools at the base of the tallest waterfalls in Central America.
If you’d like to book a tour of San Ignacio, be sure to stay at Caves Branch Jungle Lodge, one of the top jungle lodges in the country. Caves Branch is located in the heart of Cayo District just a short distance from San Ignacio.