If you had to describe the climate of Belize in one sentence, you could say that it’s very similar to South Florida. Officially, Belize is a sub-tropical country that enjoys warm weather year-round, gentle trade wind breezes, and a mean humidity of around 83%. 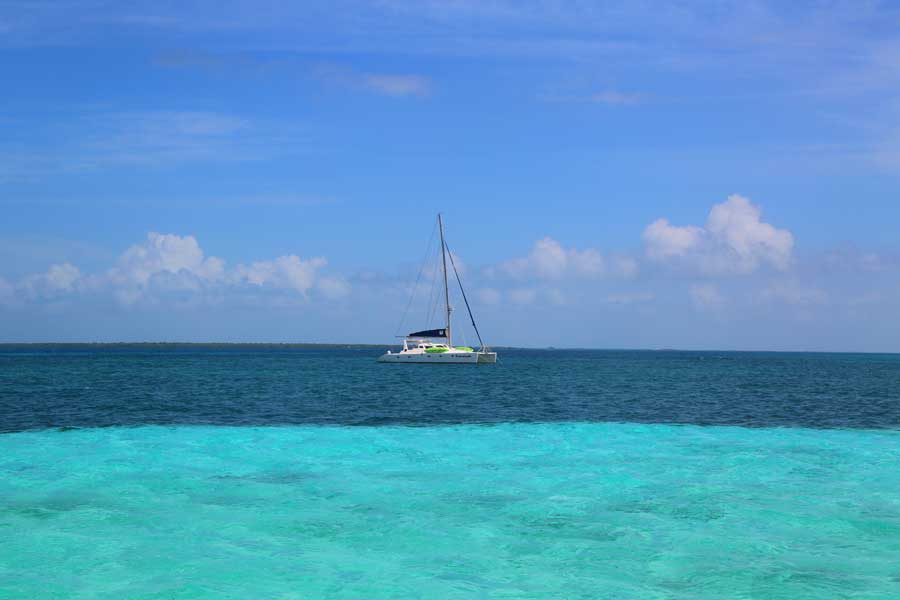 Unlike North America, Belize only has two seasons, often referred to as the “dry” season and the “green” season. The “dry” season is also the “high” season for tourists, roughly corresponding to winter in North America but featuring long stretches of sunny days and delightfully warm temperatures. The “green” season is the “low” season, roughly corresponding to summer in North America but without any significant elevation in temperatures.

The dry season runs from approximately November through May. The weather is especially favorable in December and January when large numbers of travelers come to the country to escape the snow and cold in North America and Europe. Temperatures during December and January are a few degrees cooler than average and feature delightfully complimentary breezes ideal for exploring the great outdoors and enjoying water-based activities like snorkeling, fishing, and scuba diving.

February through May is characterized by slightly warmer air temperatures and long periods of clear blue skies.

Beginning sometime in June, the green season is characterized by more frequent precipitation. Generally, rain showers can be expected during the early morning hours and brief downbursts during the hottest part of the afternoon. Consistent precipitation is the reason why Belize has such a lush landscape but can make travel difficult on smaller, unpaved roads in rural areas. August is known locally as the “Little Dry” because the country experiences a few weeks of reduced precipitation. The rainiest months of the year are usually September and October.

Because the green season coincides with the low tourist season, travelers can take advantage of deep discounts on popular activities and tours.

Caves Branch Lodge in central Belize is one of the best places to stay for travelers who want to experience the lush nature of the Belizean jungle or visit top attractions on the mainland like the ATM Cave, ancient Maya ruins, national parks, and scenic locales like Placencia, Hopkins, and the Toledo District.

The Lodge offers guests Belize jungle and beach vacation packages so travelers can enjoy all the best that both the mainland and offshore islands have to offer.